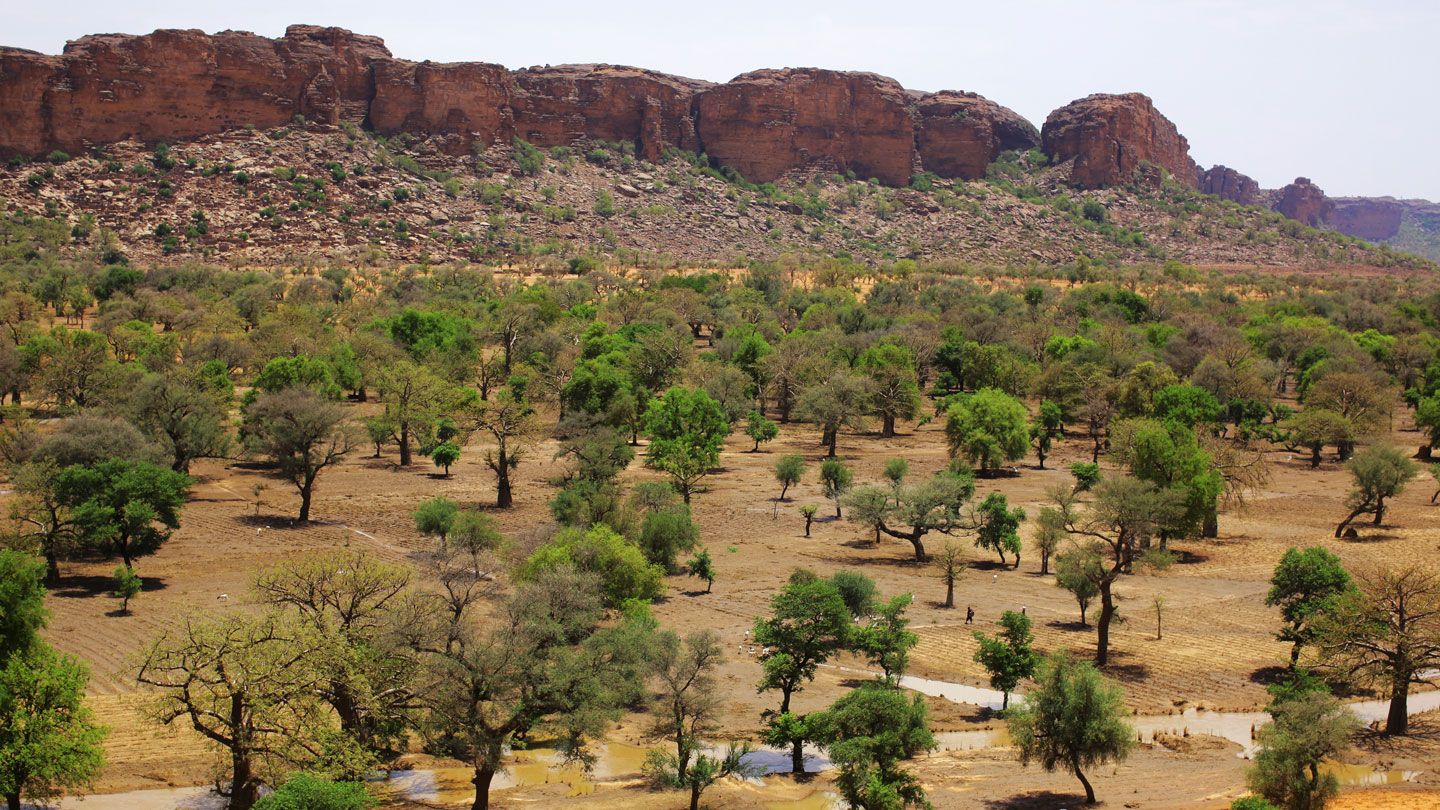 A massive line of vegetation in the Sahel may intensify the West African monsoon, simulations show

Africa’s “Great Green Wall” initiative is a proposed 8,000-kilometer line of trees meant to hold back the Sahara from expanding southward. New climate simulations looking to both the region’s past and future suggest this greening could have a profound effect on the climate of northern Africa, and even beyond.

By 2030, the project aims to plant 100 million hectares of trees along the Sahel, the semiarid zone lining the desert’s southern edge. That completed tree line could as much as double rainfall within the Sahel and would also decrease average summer temperatures throughout much of northern Africa and into the Mediterranean, according to the simulations, presented December 14 during the American Geophysical Union’s fall meeting. But, the study found, temperatures in the hottest parts of the desert would become even hotter.

Previous studies have shown that a “green Sahara” is linked to changes in the intensity and location of the West African monsoon. That major wind system blows hot, dry air southwestward across northern Africa during the cooler months and brings slightly wetter conditions northeastward during the hotter months.

Such changes in the monsoon’s intensity as well as its northward or southward extent led to a green Sahara period that lasted from about 11,000 to 5,000 years ago, for example (SN: 1/18/17). Some of the strongest early evidence for that greener Sahara of the past came in the 1930s, when Hungarian explorer László Almásy — the basis for the protagonist of the 1996 movie The English Patient — discovered Neolithic cave and rock art in the Libyan Desert that depicted people swimming.

Past changes in the West African monsoon are linked to cyclical variations in Earth’s orbit, which alters how much incoming solar radiation heats up the region.

The “Great Green Wall,” a tree-planting project to stop desertification in northern Africa, could alter climate patterns in the region and beyond.