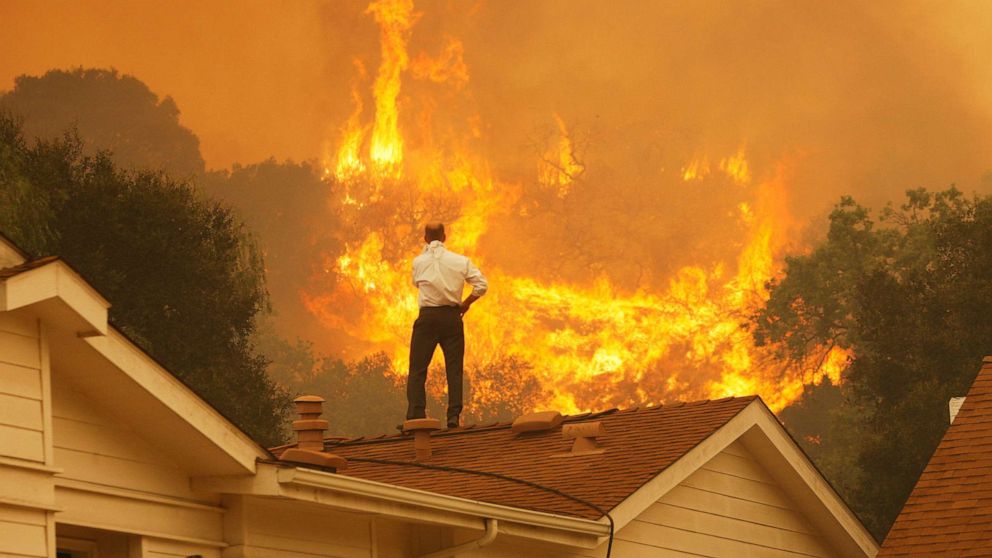 Mental health effects for those dealing with climate change are pronounced.

For Meg Keene, climate change is something that not only needs to be addressed but is also very difficult to cope with personally.

"As someone with anxiety, I kind of try not to think too much about the future with regards to climate change, because it's so terrifying," Keene, 41, said.

Keene's life has been bookended by devastating wildfires in increasingly hot and dry California. As a baby she survived the 1980 Panorama Fire in San Bernardino. Most of the houses in her neighborhood were burned, her family's home was one of the lucky ones that survived.

She has also been through the latest extreme wildfires in East Oakland, where she now lives with her husband and her two children.

Keene says she has been struggling with anxiety since she was a kid and for her, talking about the uncertain and changing weather patterns is triggering.

Some experts say that the mere discussion of climate change can contribute to that anxiety.

"Climate change can affect mental health by just increasing people's stress and worry about the issue, the more they hear about it," said Dr. Susan Clayton, a professor in psychology and environmental studies in The College of Wooster, in Ohio.

"It's been described as an existential threat, something that really challenges the way we think about the world. And I think it has the potential to really erode our sense of security," Clayton added.

The Centers for Disease Control and Prevention has stated climate change "may weigh heavily on mental health in the general population and those already struggling with mental health disorders."