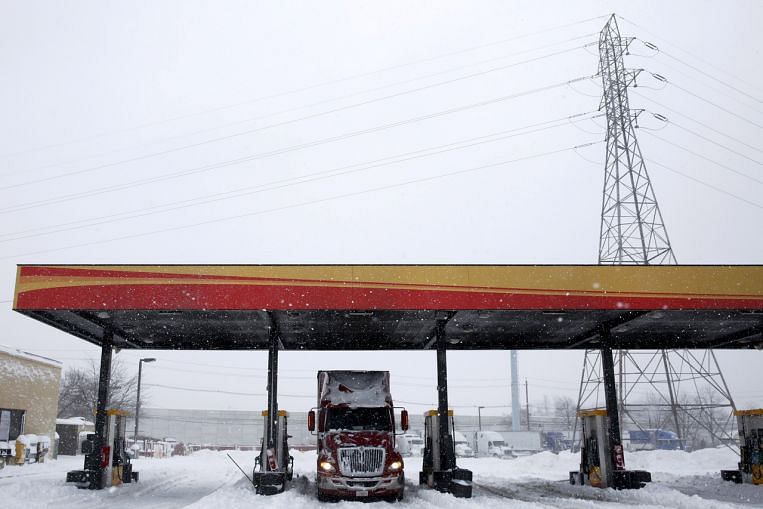 SYDNEY (BLOOMBERG) - The extraordinarily hot and cold temperatures that are becoming more common as climate change accelerates are responsible for five million deaths globally every year.

Extreme weather accounted for 9.4 per cent of all deaths globally between 2000 and 2019, according to researchers who on Wednesday (July 7) published the first study linking changes in temperatures to annual increases in mortality.

While most deaths have been caused by exposure to the cold, the trend is likely to reverse as the planet warms, they said.

"In the long term, climate change is expected to increase the mortality burden" as heat-related deaths rise, said Dr Yuming Guo, one of the report's authors and a professor at Monash University.

Hundreds of people have already died from heatwaves sweeping across the Northern Hemisphere this summer. The last two decades were the hottest since the pre-industrial era, with the 10 warmest years on record occurring during the period.

Global warming continues to accelerate, with the planet on track to warming around 3 deg C above the pre-industrial average, according to estimates by nonprofit Climate Action Tracker.

Scientists forecast that a warming of more than 2 deg C would be catastrophic for life on earth.

Researchers at Monash in Australia and China's Shandong University estimated that there were 74 excess deaths from abnormally cold or hot temperatures for every 100,000 people.

The paper, published in The Lancet Planetary Health, analysed mortality in 43 countries across all continents.