Why I’m Fasting to Demand Bold Action on Climate Change 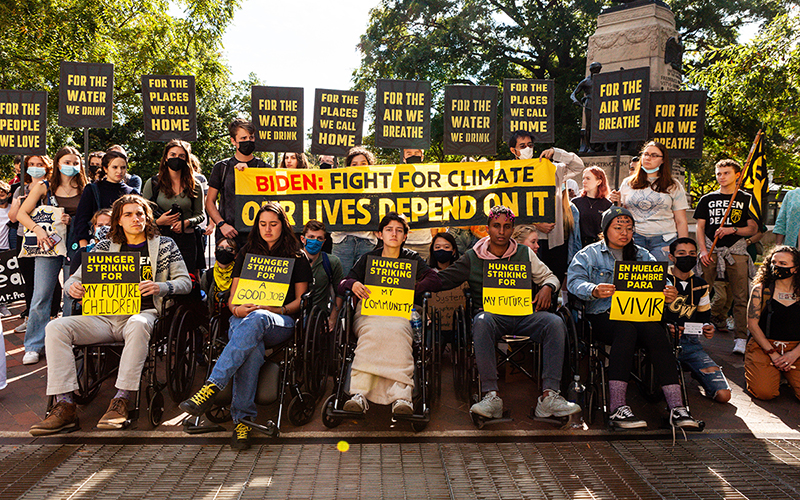 Why I’m Fasting to Demand Bold Action on Climate Change

For one day last week, I didn’t eat anything. From sunset on Wednesday to the appearance of the first stars in the sky on Thursday, I fasted—because I did not know what else to do. I have phone-banked, text-banked, canvassed, and talked to my friends and neighbors to try to bring into being an ambitious federal climate bill, one that protects our communities from climate disasters, delivers good jobs, and helps build a more just society. I have yelled in the streets, held up funny signs, held up accusatory signs, held up plaintive signs, and joined the last 100 miles of a trek from Paradise, California, to Nancy Pelosi’s doorstep, where we left the ashes of a home that had burned in the deadly Camp Fire.

But it's unclear if the advocacy I and millions of others have undertaken will be enough to convince our leaders to address the climate crisis. The legislation we’ve been working toward is under threat from a few intransigent senators, especially West Virginia’s Joe Manchin. For months now, Congress has been debating the size and scope of the Build Back Better Act, a once-in-a-generation opportunity to deliver transformational investments to tackle the climate crisis, create millions of family-sustaining jobs, and promote economic, racial, environmental, and gender justice. Recently, Manchin declared his opposition to one of the bill’s most important climate provisions, the Clean Electricity Performance Plan, which would incentivize electric utilities to transition to clean energy.

In response to the stalemate on Capitol Hill, five brave young people from the Sunrise Movement have embarked on a hunger strike that will last until Congress passes, in their words, “the fullest possible federal legislative effort to combat the climate emergency.”